UPDATE 9 May 2012: This article has been out there for nearly 18 months but I’ve only just got a comment today that’s invalidated it. In short, everything here is accurate until you get to the point when you synchronise to your Windows Phone with Zune. At that point, Zune will transcode Lossless WMA files to MP3, even if the conversion settings are set to, “Only convert media files that aren’t supported by the device”. As described here, my device does support these files! Evidently, as James Shiers points out, the problem is not device support, but that the Zune software doesn’t support Lossless WMA (no citation unfortunately). What makes this even more confusing is that the quality settings are greyed out until you select the other option, so there’s no indication that this might be happening. In fact, the only real clue you have in the Zune client is that the file size will be smaller than the original.

All of this is a bit embarrassing since it proves I couldn’t tell the difference from 320 kbps mp3, which was the whole point of the effort to begin with, but there you go… :/I’ll leave the post in place,  in case the transcoding process is useful to anyone, and in case a new means of syncing supports these files in future.

Original post
When I’m not wearing my SharePoint hat, I try to find the time to make electronic music. Over the last few years I’ve invested a great deal of time and effort moving from a PC-based Digital Audio Workstation (DAW) to an entirely outboard setup, with a large mixing console and various synths, drum machines, sequencers, samplers and dynamics processors. All of this suits me greatly, as it means I’m doing one less thing in front of the computer screen.

On account of this major preoccupation, I would like to get lossless recordings of my own tracks on my media player. When I purchased the Samsung Omnia 7, I was pleased to see it supported .wav files. Since then, I’ve also purchased a book called Mixing Audio. Being a relatively new Kindle owner, I was all about getting the Kindle version of this book, but unfortunately the digital version doesn’t come with ~4GB of .wav files that are referenced routinely throughout the text. So I bought the hard copy. This post recounts my experiences trying to get these 2100+ .wav files on to my Windows Phone, as it was less than straight-forward and very time consuming.

The Omnia 7 does not have a MicroSD slot in Europe (in America, this model is known as the Samsung Focus, and it does), so the only way you can transfer files on to the phone is via Zune (or at least, I’m unaware of any alternatives). Unfortunately, Zune doesn’t support .wav files, even though the phone does, so I’m forced to settle for Zune’s only high-quality format, lossless WMA.

You might wonder why I’m not transferring the files as mp3. While in most cases I would be perfectly happy to do so, two cases where I’m not so happy is with my own recordings and mixing examples like these, where you’re scrutinising the full audio spectrum. Compression would completely alter the reference these files are intended for.

My next stop was Foobar, my media player of preference. Foobar has a number of conversions tools OOTB, including FLAC and Ogg Vorbis, but no WMA. There are options to create custom converters, which is actually how I stumbled on to my solution. I found this older Hydrogen Audio post which details the process of setting up a WMA converter in Foobar. I tried to do this but the errors I was getting in Expression Encoder that I’ll detail later interfered with the process, so I cut Foobar out of the picture. As I mentioned, I did follow the links in that post to find Expressions Encoder 4, the current version of the only other tool that I’m aware of for transcoding from WAV to WMA. So I installed the .NET Framework version 4 (a pre-requisite) and Expression Encoder, and tried to figure out how to use it. This older post details some of the relevant settings.

The first problem I encountered with Expressions Encoder was that the Import function only allows selection of files in a single folder. This was way too limited for my needs, so I had to use Search Companion to find all .wav files in the parent directory (search for *.wav, including subfolders in the Advanced options) and then drag/drop the files in to Expression Encoder, rather than using the Import function. Unfortunately, Expression Encoder couldn’t seem to handle more than ~600 files at a time before it would crash. It would display the error I mention below, but it appears that the application can’t cope with that many errors popping up at once. 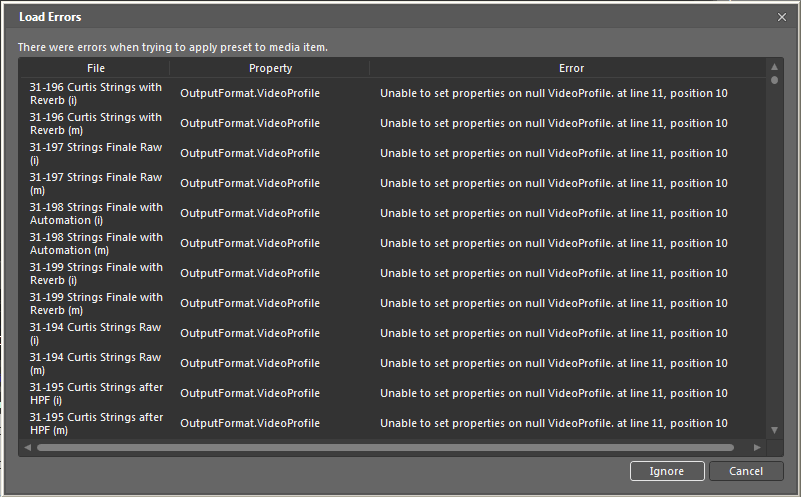 Once I figured out I could only convert about 5-600 files in one go, I had to contend with this OutputFormat.VideoProfile error. It popped up for every file that I tried to convert. If converting two-three files it was easy enough to press “Ignore” that many times. Not so for hundreds. After a fair amount of trial and error I found that I could kill Expressions Encoder in Task Manager and launch the “recovered job” when I re-launched the application, and this would bypass the errors. I assume there’s a way to set things up in Expressions Encoder to avoid this problem, but I really don’t have the time to learn how to use it properly given that I’m already wasting hours on this.

Found a recovered job ‘Untitled’ – Click here to open it 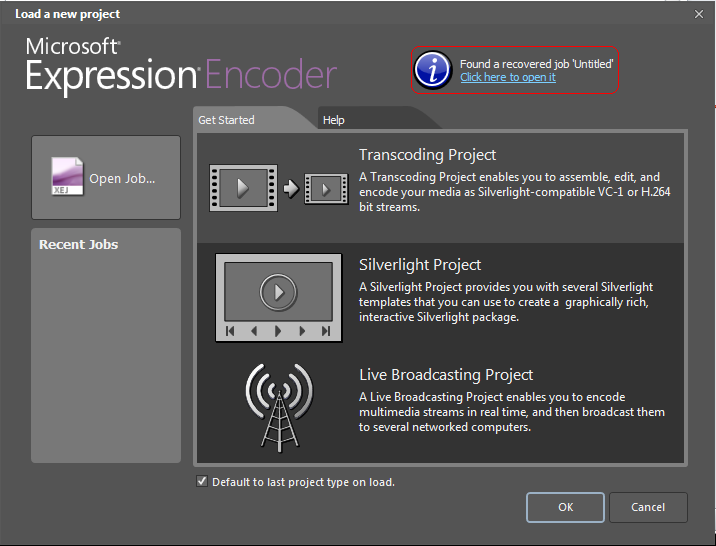 Once the “recovered job” is re-launched, it takes a few minutes for Expressions Encoder to analyse the files. On my three-year old Centrino Duo it took about 15 minutes to analyse ~500 files. Once they’ve been analysed, you can specify the WMA Lossless format, language and output properties. The actual encoding process is really quick once all of this is done. I think it may be quicker for lossless than for heavily-compressed files. 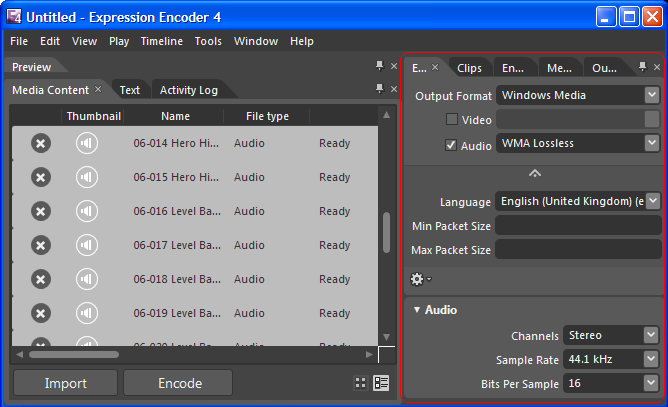 Note: you can encode WMA Lossless in up to 24 bits at 96 KHz. Also note that Expressions Encoder was not able to recognise 32-bit source files in my testing, although this might be fixable with the right codec. I worked around this by re-encoding my 32-bit original recordings as 24-bit in Audacity, then transcoding these files in Expressions.

10 thoughts on “No Lossless Audio With Zune”